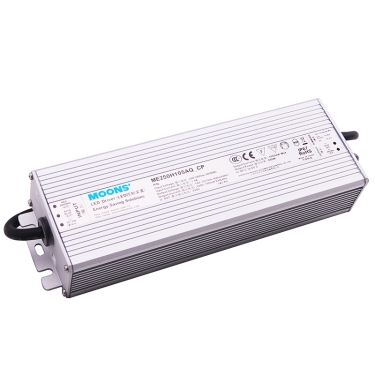 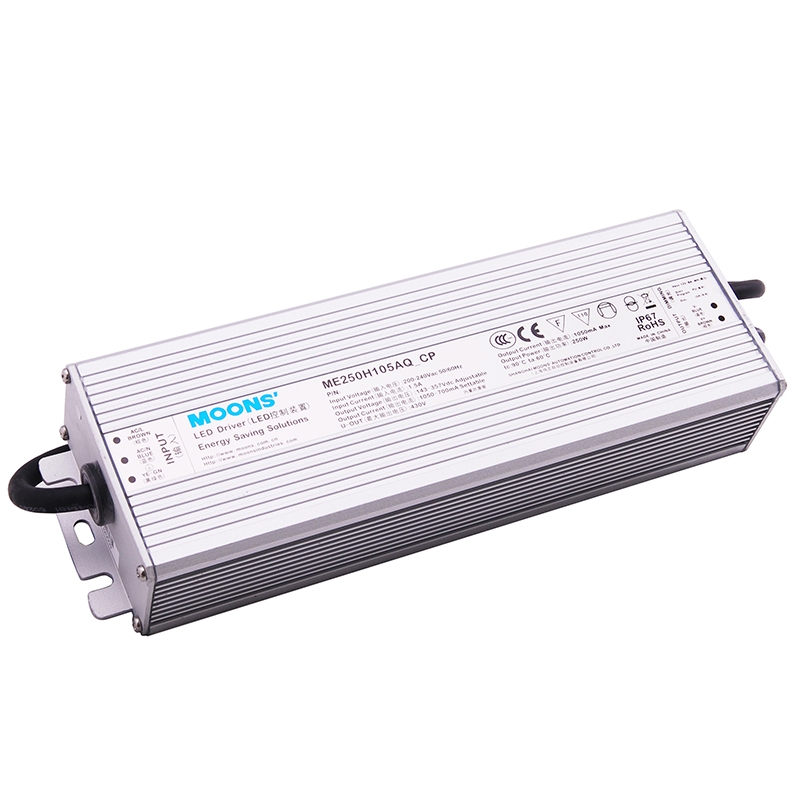 * Free shipping to North America and most of Europe for orders of $100 or more
* From Oct. 1 - Oct. 7, Online Orders Shipping will be postponed during Chinese National Day Holidays and resume on the first working day – Oct. 8. Thanks for your patience

ME250HxxxAQ_CP series is a 250W LED AC-DC driver featuring the constant current mode. This series operates from 176~305VAC and offers dimming models with different rated current that could be configured by MOONS' patented programmer--MSSL200.With the fan-less design, the entire series are able to operate for -40°C~+90°C case temperature under free air convection. The design of metal housing and IP67 ingress protection level allows this series to fit both indoor and outdoor applications. ME250HxxxAQ_CP is equipped with various function options, such as dimming methodologies, so as to provide the optimal design flexibility for LED lighting system.

ME250HxxxAQ_CP is a programmable driver, all driver's parameters can be modified through MSSL200(The Programmer of CLKS or CP Series driver ),Such as output current value, start time, fade up time, selecting dimming mode (include modifying parameters in corresponding mode) and so on, which can meet other special and customized requirement, such as 250W/1000mA、250W/2000mA、250W/3000mA and so on. What’s more, the driver is compatible with charged or uncharged programming mode.