As long as we mentioned dimmable LED driver, someone will have a deep impassion on filament lamps dim, also known as phase cut dimming or TRIAC dimming. The system relies on reducing the voltage that reaches the LED fixture, typically by ‘chopping-out’ parts of the alternating voltage. More phase cut, lower input voltage, and meant a lower light output. You can see it in the figure1. However, this dimming type is inefficient on energy-saving and cause harmonic wave pollution in electrical grid.

Contrast with traditional dimmable system, the newer digital dimming system have been developed accompany with updated LED technology for few years. There are thousands of different dimmable LED light fixtures on the market, but only three major types of innovated dimming method: 0-10V(Transfer analog signal to inner digital signal to control light out), DALI or DMX. The lighting fixture adopt those innovated dimming method have many advantages compare with phase cut dimming. There are more efficient, less harmonic wave pollution and higher performance in dimming application.

The three primary lighting objectives when considering dimming are that it be smooth, deep, and has a low risk of visible distractions or physiological effects of flicker through the dimming range. MOONS' 0.1% deep dimming function is designed to achieving natural dimming performance. As a common consumer, we should have a concern about those three aspects before you choose a dimmable LED driver.

To achieving the smoothness of light output, we should understand it depend on the distinction from one dimming level to other dimming level. You can see the figure 2 as shown in below. To ensure natural dimming performance the driver should step the LED from 100% light output to its low end light level without perceived change.

Figure 3 shows the relationship of measured power (similar to measured light) versus perceived light (blue line). This is an important distinction to make with LEDs since achieving low stable light levels is often a challenge. With traditional incandescent and halogen sources this was not an issue because they were able to dim smoothly to very low perceived light levels. 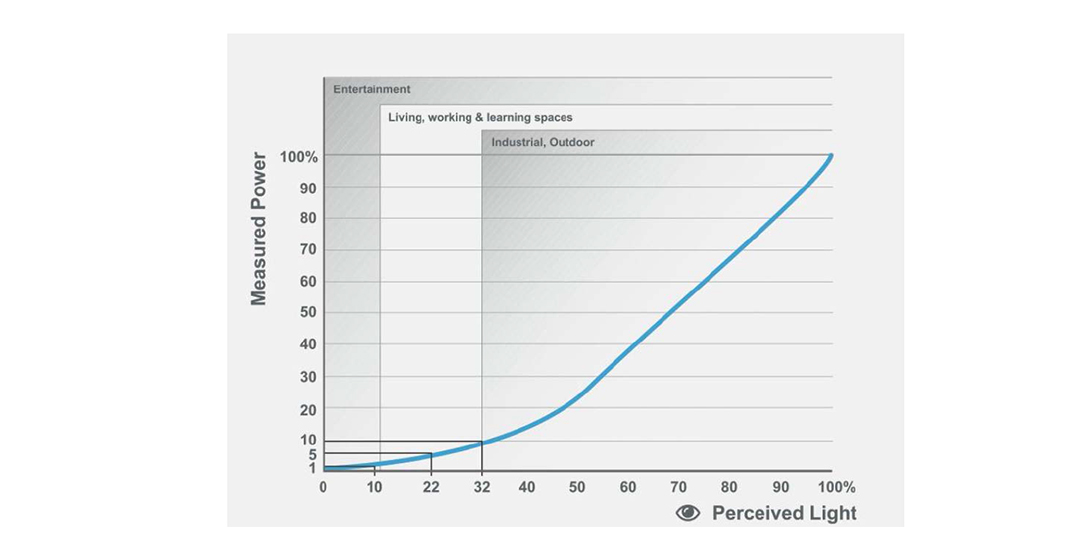 1.3 FlickerA major issue plaguing the LED dimmable lighting industry today is flicker but not simply flicker that is easily perceived. The Illuminating Engineering Society of North America (IESNA) Lighting Handbook defines it as the “rapid variation in light source intensity” (Rea, 2000). Virtually every light source powered from an AC line will have some type of modulated signal.

As we say above, there are three aspect of dimming requirement contribute to natural dimming performance. The figure 4 shows the performance of MOONS' DALI driver (0.1%-100% dimming) on mixing warm and cold color temperature LEDs.
Assume there is a CCT fixture:
1. Warm White LEDs (2500K) max power=50W;
2. Cold White LEDs (6500K) max power=50W.
The relationship between dimming rang and CCT rang is shown as below table1. 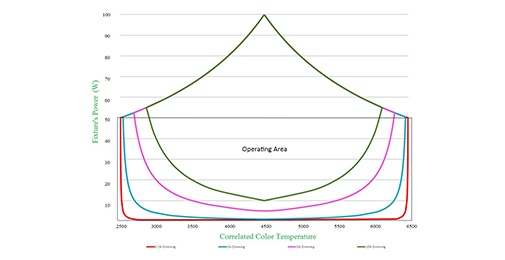 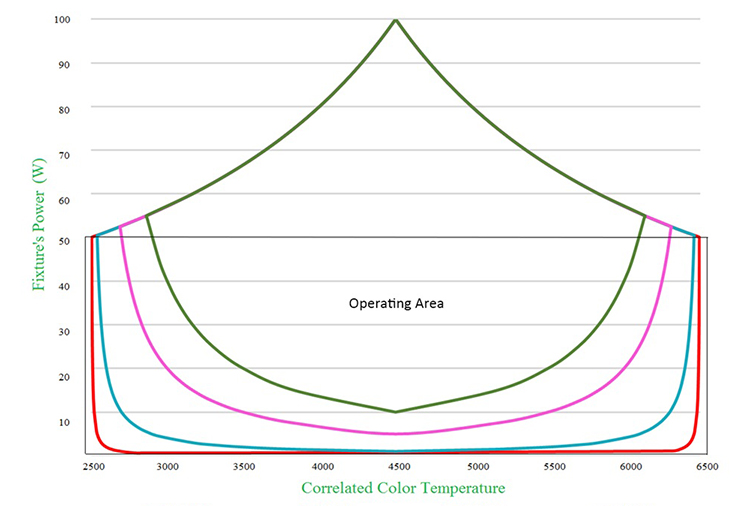 There are two primary methodologies in use for dimming LEDs: Pulse Width Modulation (PWM) and Amplitude Dimming. Each has its own advantages and disadvantages as shown below.

MOONS’ uses a hybrid approach to dimming in which it uses the attributes of both PWM and Amplitude Dimming to create a solution that is smoother, deeper, and has a low risk of flicker throughout the dimming range. PWM is used when lower light levels are needed and amplitude dimming is used at higher levels of light output. The figure 5 shows the detail about this dimming strategy. 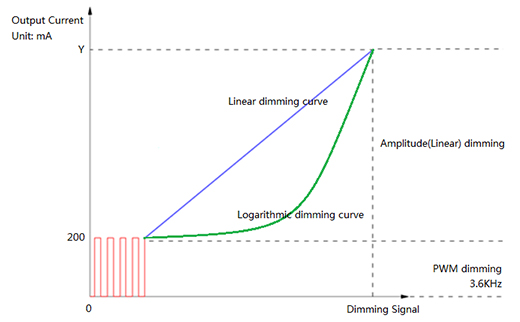 MOONS’ intelligent LED driver dimming range from 0% to 100% is divided into 255 levels (level 0 to level 254). To be specific, current under the circumstance that the output between 20% and 100% only takes 59 dimming levels. In order for the light level to transition smoothly from 0% to 20% output, the control and driver must have enough steps so the eye does not perceive the change. There are two dimming curve as shown in below figure 6. 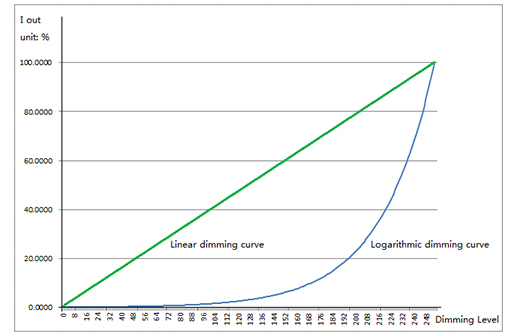 Dimming your LED lights gives you the freedom to change a scene. You can create an intimate atmosphere in a dining room, or provide a better viewing experience during office presentations. To dim your LED lighting system you need an LED driver that supports that feature while meeting the electrical requirements of your fixture. With 0.1% deep dimming function, MOONS’ new “S” series intelligent LED driver can bring you a brand newer experience than ever before. 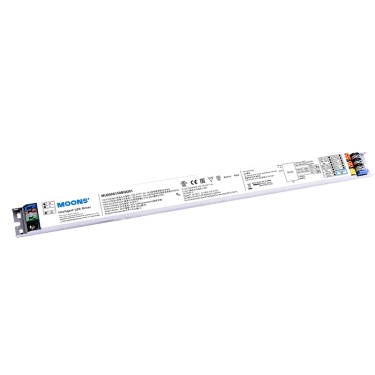 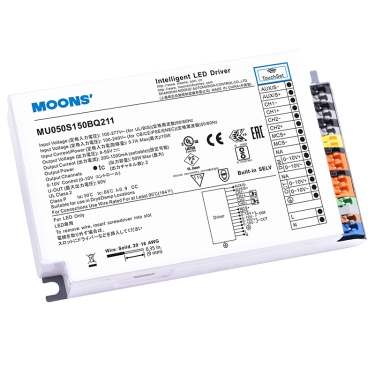 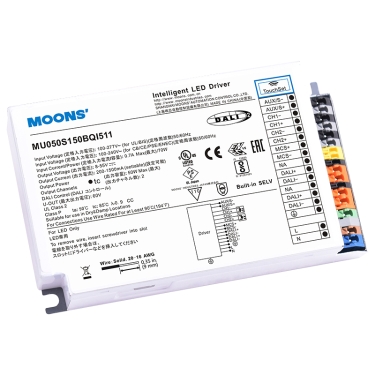