Skip to content Skip to navigation menu
MOONS' to Set up Subsidiary in India to Promote the India Market
June 02, 2020 MOONS' Intelligent motion system India Private Limited, an affiliate of MOONS', was established in February 2020 in Pune, India. The expansion is to meet company development strategy and close to local customers after the overseas expansion in United States, Italy, Singapore, Japan, and Germany, with business covering major countries and regions in North and South America, Europe, and Southeast Asia. As a "new star" among developing countries, India has owned a rising international status in the recent decade. The population of India was 1.324 billion in 2019, ranking only second to China as the second most populous country in the world. The Indian economy has also witnessed a paradigm shift since the last decade and is on a robust growth trajectory, with a remarkable rate of economic growth. According to the data released by the World Bank, India's GDP was approximately USD 1.342 trillion in 2009, ranking No. 11 in the world (No. 10 was Canada). India's GDP had reached USD 2.85 trillion by 2019, surpassing the United Kingdom to be No. 5 in the world. It increased by USD 1.508 trillion from USD 1.342 trillion to USD 2.85 trillion, with a growth rate of 112.4% (namely, 1.12 times). The office of MOONS' India is located in Pune, one of the major cities in Maharashtra, Maharashtra attracts the most foreign investment in India, and its total exports reach 32% of the country. Pune, as the economic, cultural and transportation center of Maharashtra, is about 200km away from Mumbai, the largest city in India. Pune is superior to Mumbai in the aspects of population density, urban environment, urban public transportation and safety condition. It's a trend to be localization with the rapid development of MOONS' globalization. In order to enter the local market more quickly and provide local service, localization in India plays a key role to market MOONS' products especially our motors and drives for Indian customers directly. In addition, it can make full use of local resources and advantages to comprehensively improve our professional ability around the world, and actively participate in the fierce competition in the global industrial automation industry. Not only for the entirely business plan and overseas strategy, MOONS' aim to prepare for future success in India where maybe is the most important and huge emerging market after China. 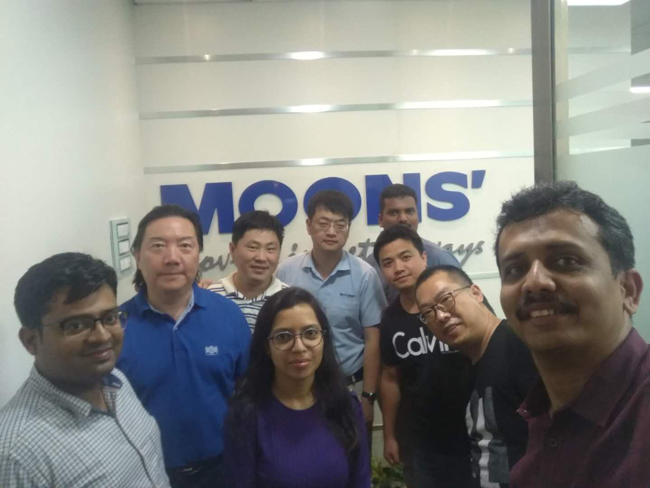